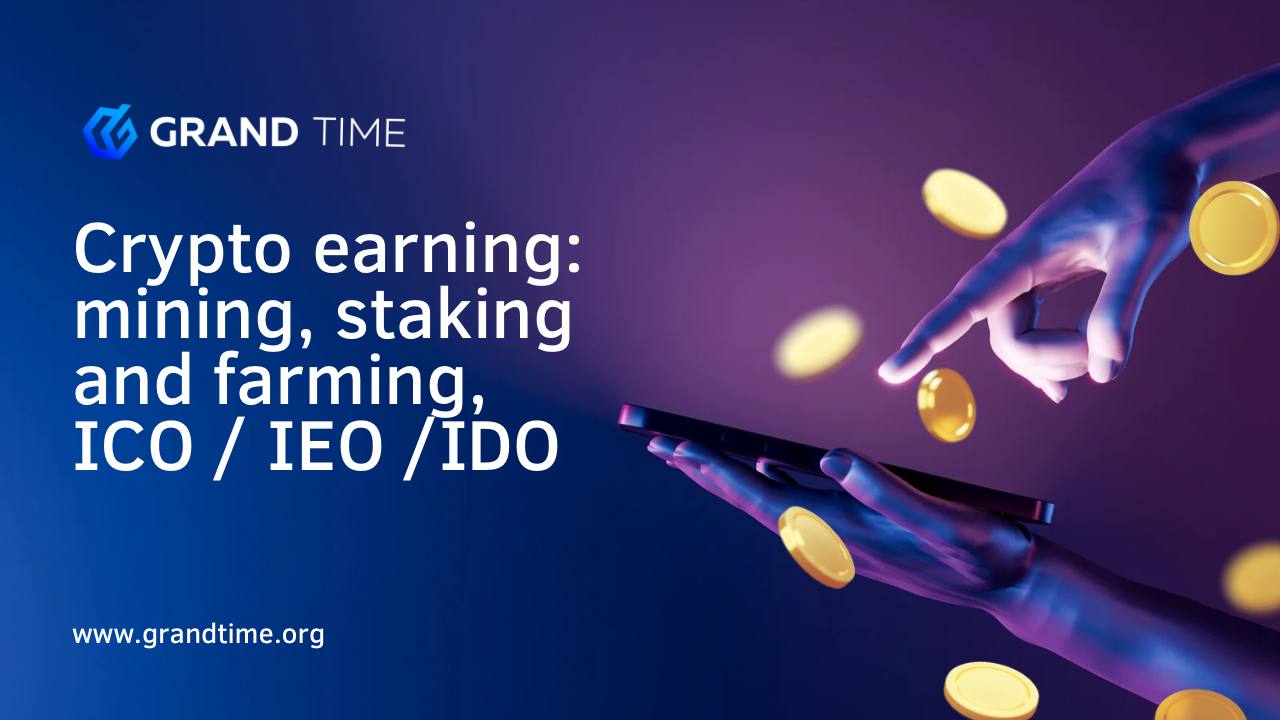 In the first part of the publication, we considered such options for earning on cryptocurrency as investing and trading.
Now I propose to consider mining, staking, farming, ICO, IEO and IDO.

Mining can be called the gold rush of the 21st century. In simple words, this is the extraction of digital currency using special equipment. For solving certain mathematical problems and algorithms, miners are rewarded in the form of cryptocurrency.

There are three main ways to mine cryptocurrency:
1) Cloud mining.
It is a rental of certain capacities for the production of cryptocurrency on a remote server.
2) Solo mining.
The miner mines the cryptocurrency alone. He independently assembles and configures the equipment.
3) Mining in the pool.
This method allows you to pool capacities and find solutions to problems faster.

Among the professional community, it is customary to distinguish three main types of mining farms:
- based on video cards,
- based on FPGA modules,
- ASIC based.

Thus, certain investments are required to mine cryptocurrencies. Also, do not forget about the cost of electricity and the availability of a stable Internet.
Until now, mining is a fairly popular way to make money in the crypto industry.

When farming, cryptocurrencies are transferred under the management of another person with a predetermined period for the return of assets with a certain percentage. In this case, the income is not high, but there is a risk of losing assets, because they are transferred to a third party.

Both options for earning are passive, as a rule, with a low level of profitability.

ICO - Initial Coin Offering - it became mainstream in the crypto industry in 2017. However, the growth of fraudulent projects and Ponzi schemes has led to a rapid decline in the popularity of ICOs. As a replacement in 2018, a new fundraising method called IEO emerged.

IEO - Initial Exchange Offering. The launch took place on centralized exchanges (CEX) and was a promise to list the coin/token on the exchange. Previously, crypto projects were thoroughly tested. And in fact it was a certain guarantee for investors.

IDO - Initial DEX Offering (on decentralized exchanges). Since 2019, DEX exchanges have become the best way to launch tokens and raise funds without the complications of centralized CEXs. IDOs are by far the most popular fundraising method in the crypto space.

There are two ways to receive income when participating in the initial placement of cryptoassets:
1) Profit from the work of the project: due to the growth in the value of the coin / token as the project develops.
2) Profit from the sale: participation in the initial offering in order to purchase tokens of a promising project at a low price (usually before listing) and then sell them at a higher price.

Earnings on ICO, IEO, IDO can be quite large, and you can get income in the shortest possible time. But there are a lot of scam and unpromising projects on the crypto market. Therefore, you can participate in presales only after a thorough study of the project, having certain skills in crypto industry analytics. 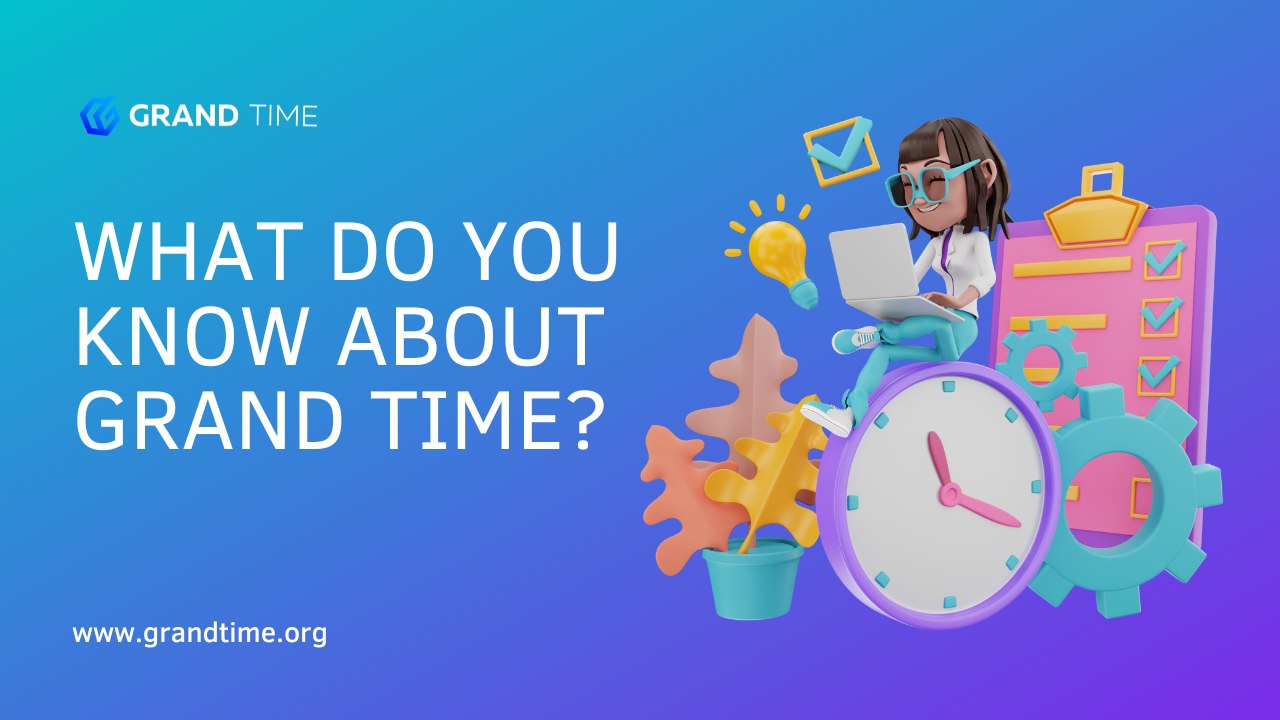 Grand Time
What do you know about Grand Time? 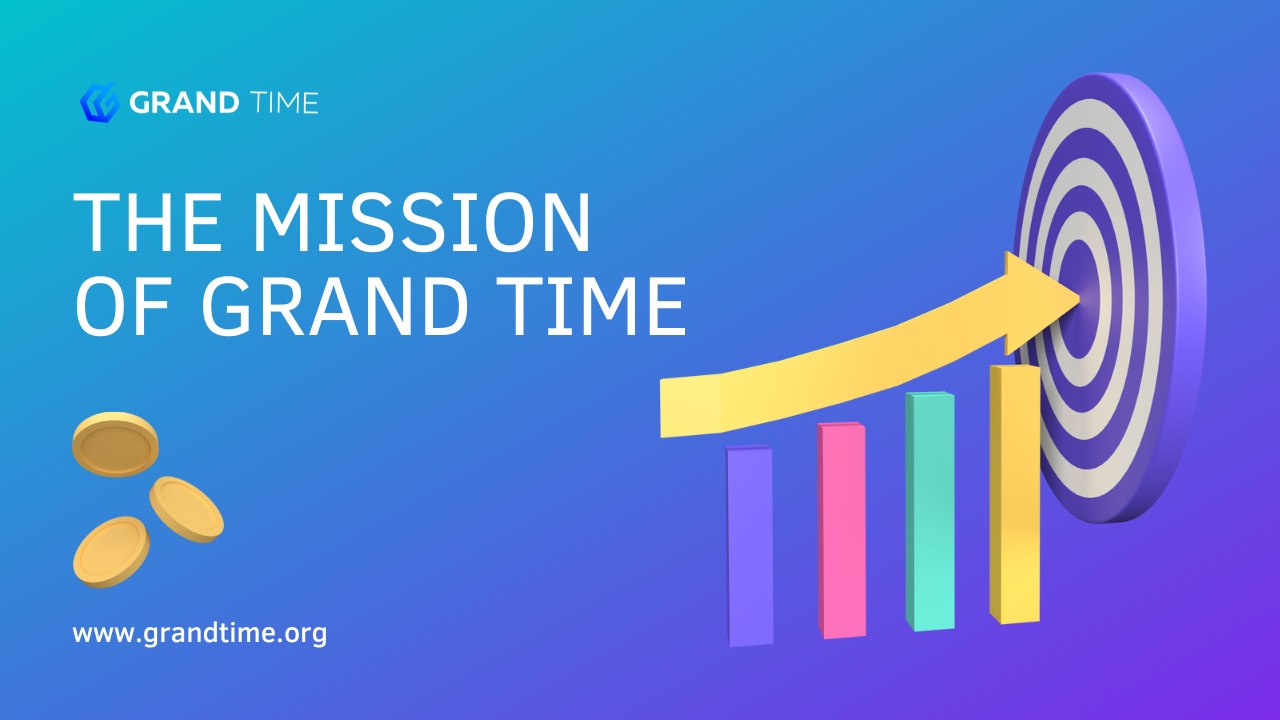 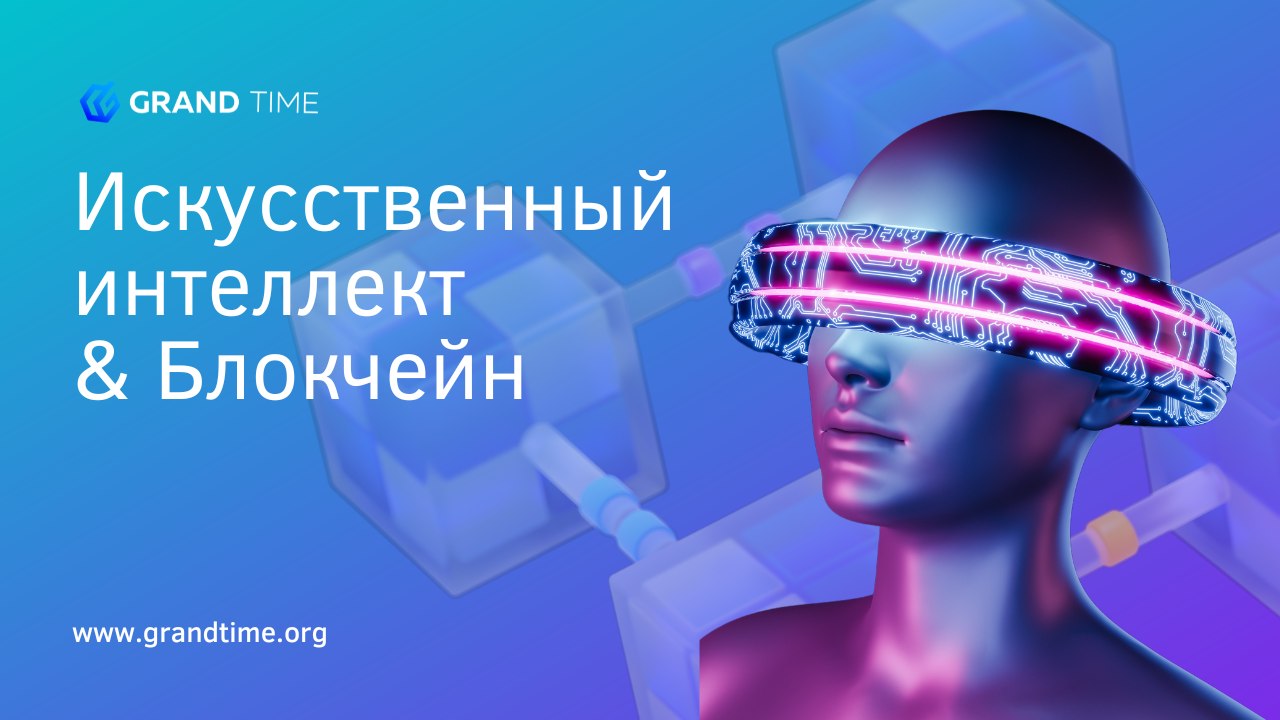